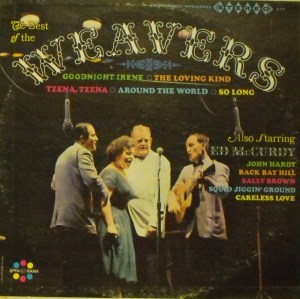 Pete Seeger died last night at the age of 94. He was famous for his group the Weavers which were black balled by Joe McCarthy in the 60’s and ended the group career. He also sang with Lead Belly and Woody Guthrie. He and his music will be missed.

The company I worked for back then had some of these cars as company cars. I remember how much of a dog they were. No power and lots of leaks from the hatch. I go to a lot of car shows and don’t remember ever seeing one that somebody jacked up. Oh well makes my old Chevy Vega look classy.

Our SPIN group passes out clothes to the needy every 3rd Sunday in Baton Rouge. The top two photos are some of the needy enjoying a hot meal, and the bottom two is one of our members (Linda) giving out the soup. Our church gives out food the 1st and 3rd Sunday of each month. By the way the church is Fellowship Church in Prairieville, Louisiana. Drop by on Sunday morning, everyone is always welcome. 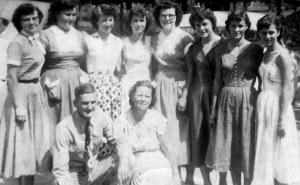 The top photo I got from my cousin Dru Reeder.

The second photo was the results of me using Adobe Elements.

Thanks Dru, I hope you like the restored photo too. 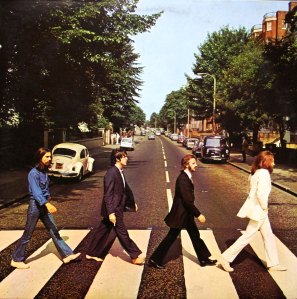 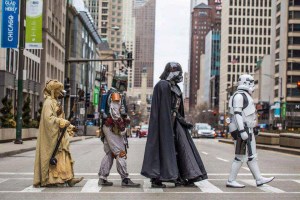 Cool album cover from the Beatles Abbey road. The parodies are all in fun and I think very cool. 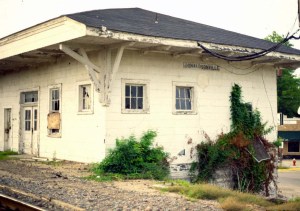 The first photo is the original Texas and Pacific Railroad Depot in the town of Donaldsonville, Louisiana. It was taken by me in July of 1988. By then the merger of the UP and MP was complete, but there was lots of paint from the UP, MP and the SP on our local lines. The second shot was of a MP caboose number 13737 in North Little Rock, Ar with MP2263 on the ready track on June 29, 1989. At some point vagrant set the depot on fire in Donaldsonville, la and the UP had no office for the yard. So they took the retired MP caboose and made it into the UP Cab 13737 office which I photographed in august 2002. It still remains there to this day.

Once again I find my work crew hard at work.

a farmer in the dell

Couldn’t resist passing this on.